You can check on how to jailbreak an iPhone on http: Kindly be advised that we're the only company who assists with jailbreak.

Top 8 Best iPhone Spy Apps With and Without Jailbreak | SpyEngage

Once an iPhone is jailbroken Cydia icon will appear on the Springboard. But you can hide it after you install the app, so there will be no traces left. I confess that there was a certain side of me that felt excited, although if I was to spy on my imaginary lover there would surely soon be no traces of the relationship left. Moreover, the legalities were still preying on my conscience. When I asked "But how can I do it without her knowing? Or maybe that was something for later in the discussion, when we got down to brass tacks.

Still curious, I wandered over to the mSpy legal agreement. It reads, in part:.

Failure to do so may result in a violation of federal or state laws, if you install this software onto a device you do not own or if you do not have proper consent to monitor the user of the device. After these words of warning, in large blue type is, "We absolutely do not endorse the use of our software for illegal purposes. I've had lovers sneak into my emails and probe my phone. When I discovered them, their reply was always: You thought I wouldn't?

Use the keyboard as a trackpad

Do I look stupid? So perhaps all this spying is, indeed, quite normal. But it won't have mSpy's official seal of approval. As well, customer services representatives are required to share with you this information as you navigate the process. I leave all this, therefore, to your conscience, just as I leave national security to the consciences of those who direct it. Most people will admit that they'd dearly wished they had evidence to back up their suspicions, when they thought their lovers were less than faithful.

But those suspicions in themselves surely described the truth of the relationship. The difficulty, of course, is waiting for that truth to emerge.

How to Spy on an iPhone and prevent it

Some wait for days, months or even years to discover that what they'd feared was true. Of course, all of this is probably dependent on you not getting caught. Luckily, most people won't venture into their Find My Friends app, and even if they do, they'd have to actively look at who they're sharing their location with. Either of the methods above will remove the Find My Friends app temporarily, but restarting the device will bring the app back on the home screen. While I don't condone tracking someone's location without their consent, I believe that it's important to be aware of how built-in features can be manipulated to take advantage of others.

Yes, there's a "share location" in Google's map. Just turn it on if you get alone time with their phone. If they don't have a Google account, create one. They don't send out emails. If you share it directly to your phone, they can find out though. If you just be patient and look at their "activity" later when you have alone time with their phone again, it shows a path of where they've been. If you want to keep it then photo it with your own phone, then delete it off of theirs so if they look, it'll be blank.

You can even hear any voice recordings they have shared with someone else. Patience is a virtue. Plus, you can deny you know it was on. After all, it's not like you're working AT Google!


If you know his iCloud information, you can always use Find My iPhone to track it, but only if he has it activated on his end. So I know how to track someone's whereabouts, but how do I keep someone from tracking mine? I was told by Apple; if this person is tracking you using the Find iPhone app, all you need to do is change your password, so I did. I went from the numerical 4 digit to the alphanumerical 9 digit; but I'm still skeptical.

Not your lock screen password? This article was more about using the Find Friends app, not the Find iPhone app. Changing your lock screen password should have no effect on both of those apps. The only thing I can think of is turning it off. I Caught my boyfriend lying to me about his wheeabouts. After I confronted him he continued to deny it so I sent him a screenshot of where "Find my iPhone" tracked hm. 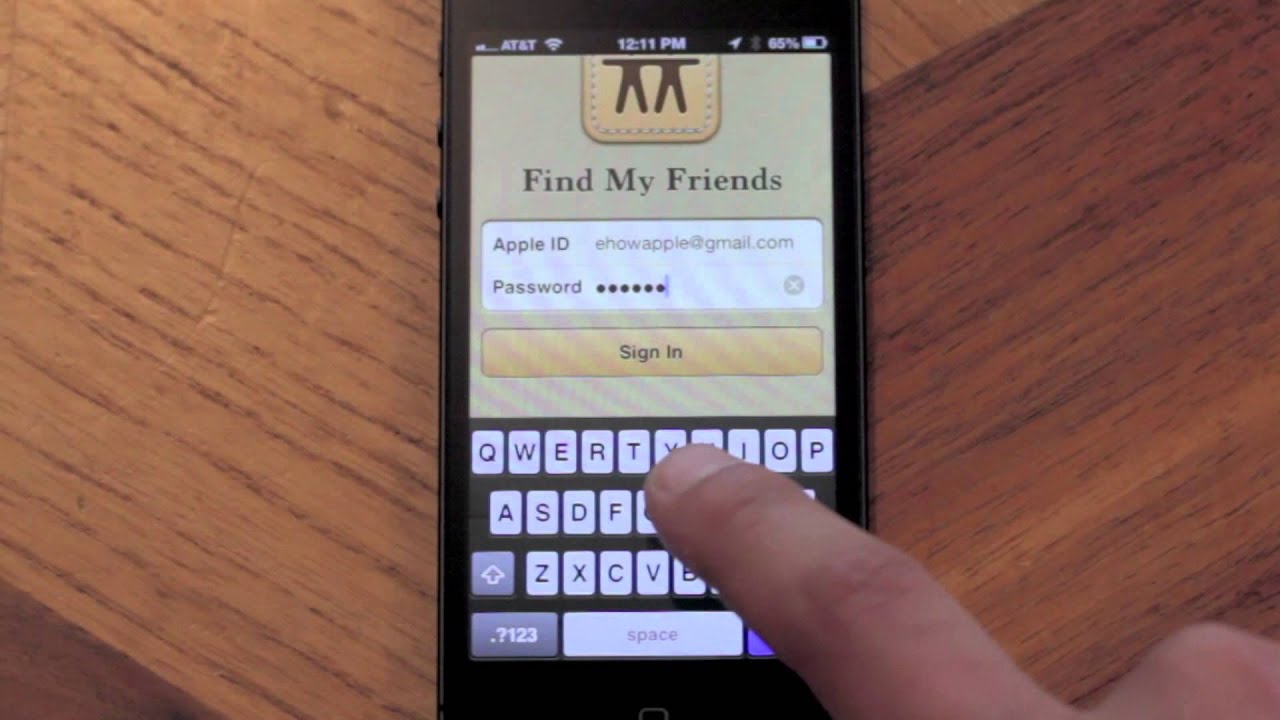 Apparently he didn't like that so instead of changing his credentials he just turned it off completely. Now when I log in, it says he's online but it can't find his location. Is there a way to hide the location services little arrow?

Yes I also want to know how to hide that arrow or I want to find some app which can track location by wifi or another way not with location service. I've just upgraded to the new version of the iPhone and the Find my Friend app downloaded automatically. When I opened it I already had a follower - a friend so no big deal. But how did he become a follower when there was no invite?